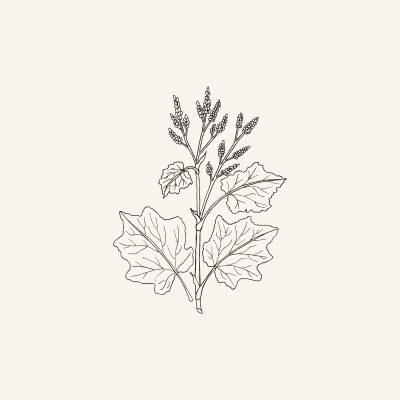 Rhubarb is one of the most commonly used medicinal plants in Chinese Traditional medicine and is used to treat a range of disorders and illnesses. Its use was first documented in Shen Nong’s Herbal Classic, the oldest Chinese materia medica and was known as a purgative and bactericidal agent to reduce fever, promote blood circulation, and cleanse the body. Studies have shown Rhubarb to have anti-inflammatory, antimicrobial, antifungal, antivirus, and immunoenhancing properties [1]. It has antibacterial activities against a range of bacteria including E. coli and Helicobacter pylori, which causes stomach ulcers. It destroys the bacterial cell wall structure and changes the permeability of the cell membrane. Furthermore, rhubarb is also able to inhibit the formation of biofilms by bacteria, which is what causes bacterial multidrug resistance. Rhubarb also has immunoenhancing properties, which is linked to its ability to regulate gastrointestinal function. It can regulate and improve the immune function of the intestine by increasing the expression of antibodies and by restoring balance to T Helper cells, cells that stimulate the cellular immune response [2].

Rhubarb root is used in our Essiac Tea