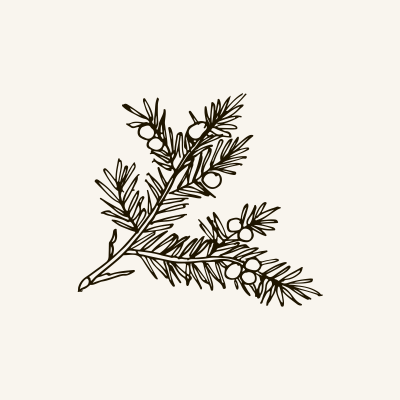 Juniper is widely known as the main flavouring component in gin. In fact the word ‘gin’ is derived from the French and Dutch word for juniper, genévrier and genever. The drink is thought to be derived from an old recipe found in the 1299 Dutch work Der Naturen Bloeme which recommended boiling juniper berries in rainwater or wine to treat stomach pain. With the revolt of the Netherlands in the sixteenth century British soldiers, merchants, travellers and religious figures discovered the gin which they called “Dutch Courage” and it has been refined ever since.

Juniper berries are used in our Buchu Tea.