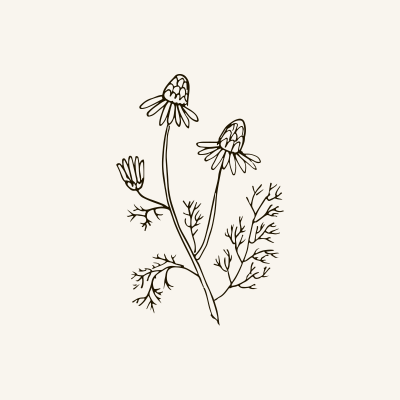 Chamomile is a widely recognised herb in Western culture and often referred to as the ‘star among medicinal species’. Its medicinal usage dates back to antiquity where such notables as early Greek botanists/physicians Hippocrates (5th century BCE), Dioscorides (1st century CE) and the Roman physician Galen (2nd century CE) made written reference to it. Anglo-Saxons classed this herb as one of nine sacred herbs given to humans by the Lord. Ancient Egyptian, Greek and Roman medicine texts contain descriptions of using chamomile as a calming tisane (herbal tea infusion) and for treating erythema (superficial reddening of the skin) and xerosis (abnormally dry skin) caused by dry weather. In Slovakia a person was supposed to bow to chamomile plants when he or she encountered them. Several doctors from the 16th and 17th centuries suggest that chamomile was used in those times in intermittent fevers. The Unani system of medicine, which is practiced on the Indian subcontinent and in Sri Lanka, uses chamomile (called Gul-e-Babuna) by itself or in combination with other herbs for the following conditions: headache, gonorrhoea, conjunctivitis, chest pain, renal calculi (kidney stones), vesical calculi (bladder stones), general debility, hysteria, dyspepsia and fever [1] .

Chamomile is used in our Chakra, Chamomile, Digestive, Peaceful and Restful Tea