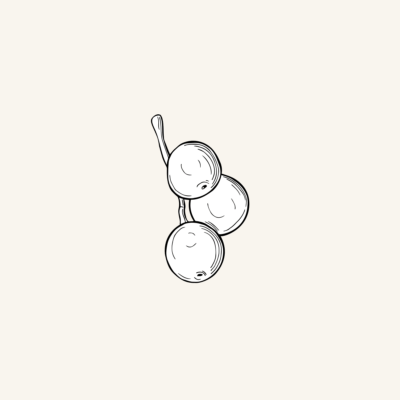 Quandong, also known as native peach, is an Australian native fruit that was highly regarded by Australia’s first people. It was valued for its medicinal properties, versatility and for being highly nutritious. Quandong has a tart flavour and is rich in vitamin C, having a higher content than oranges. It also contains Vitamin E, magnesium, zinc, selenium and iron and is a greater source of antioxidants than blueberries. It was typically brewed in tea because of its purgative nature but it was also ground down to treat rheumatism. Its leaves have antimicrobial properties and were ground into an ointment to treat skin sores, boils and skin disorders and the kernels were eaten as well as crushed to make hair conditioning oil and skin cream. Aromatic wood from Quandong trees were also highly prized and traditionally used by Aboriginal people in “smoking ceremonies” [1].

Bush Quandong is used in our Australian Bush Blush Tea